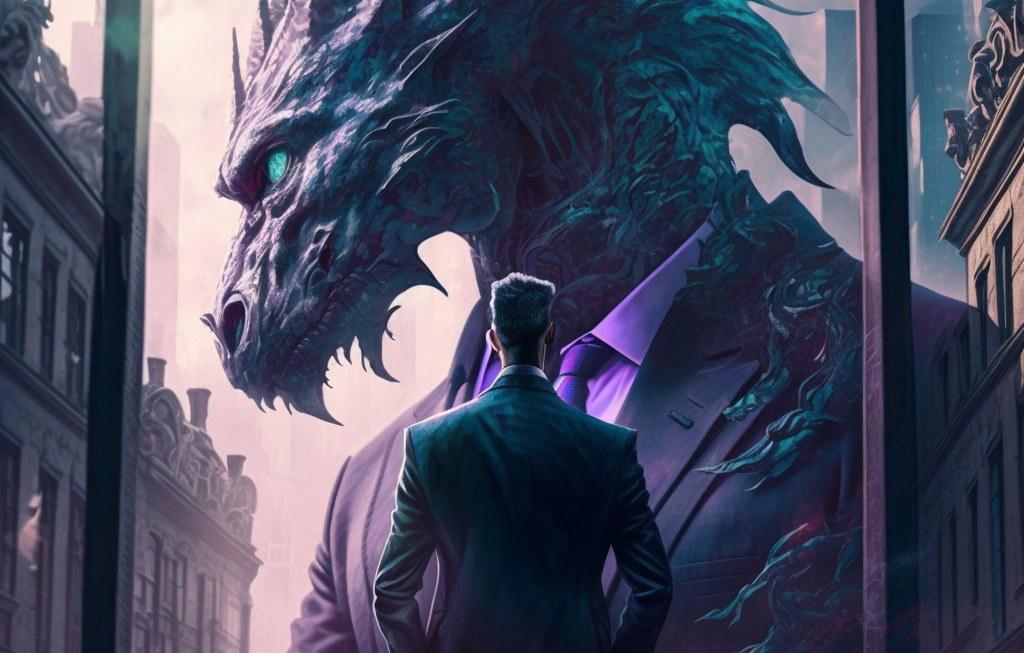 Looking out over the city from my penthouses window, I sigh. Turning, I catch sight of the emblem embedded into the wall of the study I’m in. A very good likening to a dragon. And I should know, I am one. Humanity believes that Dragon-kind died out centuries ago. Some doubt that we eve existed at all and are nothing more than folktales and legends. But that’s not true. We simply changed with the times. We traded our caves for manors, and our hordes of treasure for cash. As beings of magic, taking on a human disguise was easy enough. We imitate families, and when it comes time, we take the role of the next generation. Always hidden in plain sight. Eventually the manors and cash gave way to penthouses and banks as the modern world took over. The skies which we once solely ruled are now shared with the humans. Not that we really spend anytime up there anymore. Turning away from the window, I take a seat at my desk when my intercom sounds.

“Mr Radiston. There a Miss Morgan here to see you.”

“Send her in Toni.” Waiting for the door to open, I look down at the article I opened moments before. Reading it carefully.

“I assume you’ve seen the news then?” Looking up at the woman who walked in, I smile at her.

“Just finished reading the article you sent. What’s going on Morgan. It’s not like you to take an interest in world affairs.”

“I take an interest when they pertain to us.” With a laugh, I get up from my seat and walk over to the bar. Pouring myself a glass of whiskey, I offer one to the woman standing in front of me. She shakes her head and moves over to the other side of my office, taking a seat on the guest lounge.

“What makes you think this has anything to do with us?”

“C’mon Arthur, there no way you’re that naïve. This has the Blacks written all over it.”

“The Black Dragons have kept to themselves for the last seven hundred years. Why would they bother moving into the open now? Why Morgan?”

“Are you serious Arthur? After all this time, you’re still holding a torch for her, aren’t you? How can you, after everything that happened?” Taking a long sip of my drink, I sigh and turn to answer.

“I’m not. I’m just not so quick to condemn the other dragon races, that’s all. Why do you think Ravenna is involved?”

“I have reliable intel on this. Her and a few others are trying to break the seal that binds Ayrenth.”

“Why in god’s name would that want to unleash one of the leviathans?”

“From the way I understand it, they want to go back to a time when the dragons ruled and had a free rein.”

“Free rein? What we have now is as close to freedom as we’ll ever get. Freedom back then was an illusion. We were hunted and persecuted. Were it not for Uther and My father, we would have been destroyed millennia ago.”

“I know this Arthur. I know it’s how you got your namesake. But left unchecked, they could unleash a new dark age. A time that hasn’t been seen since Alexander.”

“What would you have me do? Assume the crystal throne and assert my authority over all dragon-kind? Such a thing cannot happen.”

“Why, because you’re a silver? The other races would stand behind you if you declared yourself king.”

“The other races. You ‘re dreaming. The reds do nothing but amass power. The blues have devoted their life to studying. Good luck getting one of those out of their books. Most of the greens have assimilated into the earth and the browns, well let’s not even get started on the browns.”

“You know, Arthur, you’ve been a lot of things over the years, but never a coward. It doesn’t suit you.” Before I can stop it, my power wells up inside me of me. For a moment shock covers her face, before she hides it.

“So that’s how it is. Why didn’t you say anything?”

“What would I say and how? This never happens. Dragons do not change their race.”

“What does it mean?” Turning to the window, I look out over the city once more. 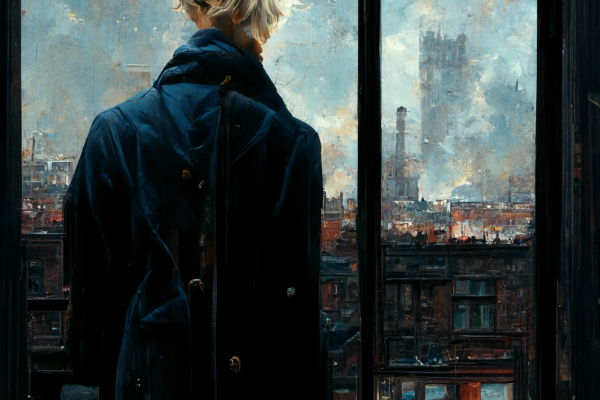 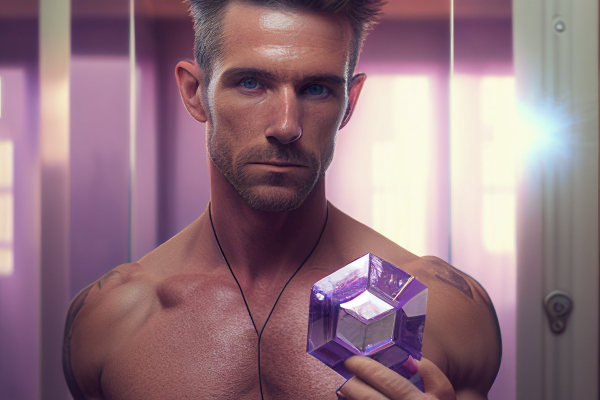