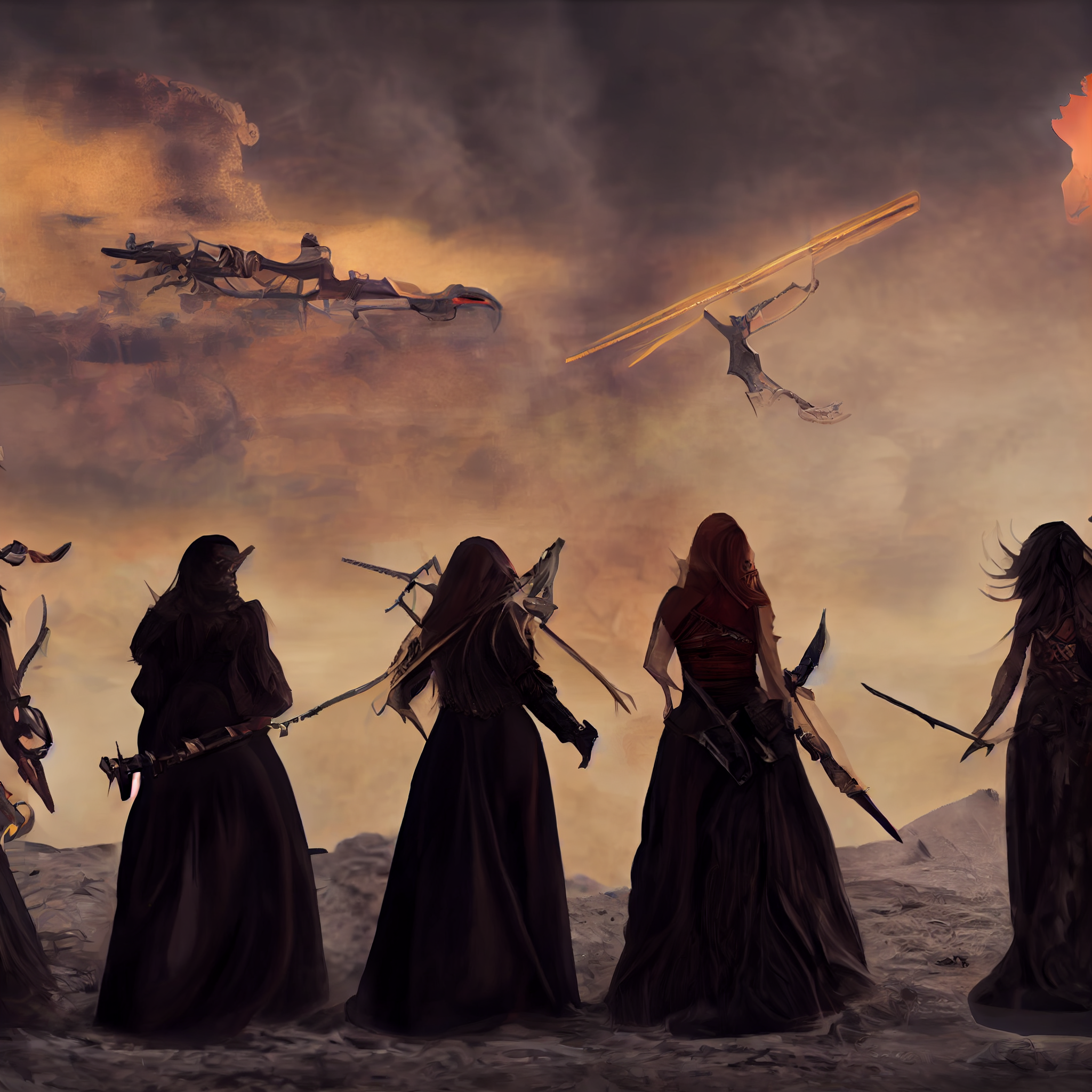 Stepping onto the transport pad, Lana glances over at Eva. Adjusting the guns on her hips, she walks over to the other woman.

“I have a bad feeling about this, Eva.”

“I’m sure it will be fine, Lana. Just don’t pick a fight with the new Paladin, please. It won’t end well.” Opening her mouth to reply, she’s cut off as a voice rings out.

“Lancers! Fall in.” Walking forward, Magnus slides a magazine into the assault rifle in his arms.

“We are heading to the outskirts of the Northern District. Novaransk. Some of you may have heard of it. It was a farming town that made up about thirty percent of the Vatican’s crop circulation each year. At least it did until a few weeks ago, when a small host of demons overran the town’s militia there and it was abandoned.” Removing a small object from his hip, Magnus tosses it on the ground and waits for a moment as a holographic map of the town appears. “Our mission is to head into town, clear out any demons within and assess what state the town is in after it’s all done. This will give me a good idea of what you are all capable of and you will get a feel for what I am capable of. Questions.” Stepping forward, a blonde-haired girl gestures to the gun in his arm.

“What’s up with the rifle?” Smiling, he raises it up for the girls to see.

“This is a Colt m-six automatic assault rifle. Chambered in five, five, six VAT rounds. Currently loaded with VT-Zero specialized rounds made by the Vatican, which are highly effective against demons and demon spawn. Any other questions?” Stepping forward, a woman with silver hair and ice-blue eyes stops and examines the weapon in his hand.

“VT-Zero. Also known as Zero-V rounds. Those are the same rounds that the lancers have loaded into their weapons. How are you capable of using them? They cannot be used by regular people because psionic kickback from the round does irreparable damage to their nervous system.”

“Normally. All that you need to be concerned with is the fact that I can use them. Name?”

“McIves. I’ve heard that name before.”

“My father was the head mechanic in the Anbushire lancer division. Before the fall.”

“He didn’t. He stayed back to ensure the others could escape and was killed by demon spawn when they overran the base there. I’ve read the reports. Was it as bad as they say?”

“Worse. But that’s not important right now. Look here, as I’m only going over this once.” Gesturing to the map, he clicks his fingers, and a small red dot appears. “We’ll enter through the western side of the town. It’s the closest spot to the old militia outpost. That’s where we will meet our eyes on the ground. From there, we will systematically clear the town of demons. You are to execute all demons with extreme prejudice. Now as for line up…” Looking over the women assembled in front of him, he brings up their files on a small tablet. “Which one of you is Eva?” At his abrupt response, the shortest woman of the group puts her hand up. Looking her over, he grimaces at his notepad.

“Says here you have the spatial movement ability. How well can you use it?” With a smile, she brushes her fiery red hair behind an ear. A twinkle of mischief enters her piercing green eyes, and she disappears from her spot and reappears behind him, tapping him lightly on the shoulder.

“How’s that?” Looking over his shoulder, he weighs her carefully.

“Impressive. You’re running Right-Vanguard on this mission.” Before he can say anything more, Lana steps forwards.

“Not today. Let’s see, given your equipment, I’m having your rearguard with me. Celeste, you’re going to be Left-Vanguard.” Looking over at the last two women, he looks at the files. “Ariane?” Stepping forward, the young blonde woman stands to attention.

“You will be Vanguard. And that just leaves…” Stepping forward, the last woman of the five stops in front of Magnus, removing a small device from her belt. As it comes off, her appearance changes. Her hair rapidly grows longer and changes colour. Her black hair blows in the breeze, covering her crimson’s eyes for a moment.

“It’s been sometime Magnus.” As a shock of recognition runs through him, he swallows heavily.

“It’s been a while, Kara. Never expected to see you here and using a shimmer, of all things. Your running core.” Turning from the women, he picks up the map as the transport descends behind him. Following closely behind, Kara grabs him by the shoulder and turns him to look her in the eye.

“One, It’s Ikane now. Kara is long dead and two. Is that all you have to say after all this time?” Brushing her hand away, a sharp look comes over his face.

“What do you want me to say, that I’m glad to see you? I’m not. You were supposed to stay the hell away from this. Wasn’t that the deal?” As his words reach her, her composure turns icy.

“I could say the same for you.” Turning from him, she climbs into the transport shuttle. Sighing, he gestures for the rest of the girls to climb in after her. With a sigh and a last look at the base, he climbs in after the women, closing the door behind him.